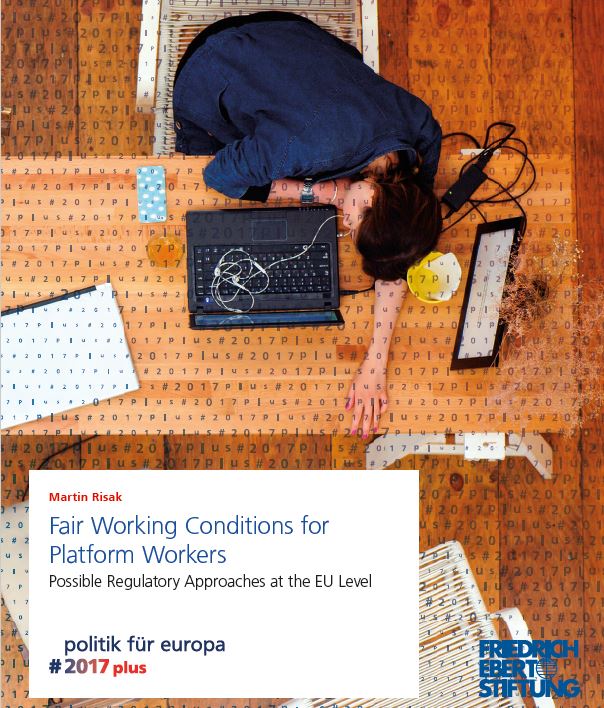 A study explores different possible regulatory approaches at the EU level to ensure fair working conditions in the platform economy. As platform work
is often performed cross-border with at least one party residing in a country other than the other party, regulation at the EU level in the form of a directive (»Platform Work Directive«) is the most appropriate means to ensure adequate protection of platform workers. Article 153 (2) (b) TFEU is the appropriate legal basis to set minimum standards for
fair working conditions in the platform economy.

At the heart of such a »Platform Work Directive« should be a rebuttable legal assumption that the relevant underlying contractual relationship constitutes an employment
contract between the platform worker and the platform. This regulatory measure would establish a connection to the employment law of the Country where the work is actually performed and would thereby facilitate application of national employment law in the realm of the platform economy.

A solution based on the introduction of an interme- diary category such as the so-called »economicallydependent worker« at the EU level is rejected. Implementation
of such a proposal would lead to evasive strategies being adopted by employers, leaving those persons previously protected with less protection in the end. Instead, the author argues, those selfemployed persons who are economically in a Situation comparable to that of employees should also be considered to fall within the scope of protection afforded by the envisaged Platform Work Directive.