On July 16, 2017, the European Parliament adopted a text proposing to regulate the “collaborative economy,” including labor platforms.

The text was adopted with a strong majority: 510 votes in favor, 60 against, and 48 abstentions. The text calls for EU member states, “in collaboration with social partners and other relevant stakeholders, to assess, in a proactive way…the need to modernise existing legislation, including social security systems, so as to stay abreast of technological developments while ensuring workers’ protection.” The text also notes “that all workers in the collaborative economy are either employed or self-employed based on the primacy of facts and must be classified accordingly.”

The Parliament notes in the text that the rights and social protections of self-employed persons are important, including the right to negotiate collective agreements and the right to strike. They call further for workers on digital labor platforms to be able to transfer their ratings and reviews between different platforms.

The adopted text is not binding for member states or for the European Commission. The Commission published a “European Agenda for the Collaborative Economy” in June 2016.

Effort aims to improve fairness and transparency for video creators working on online platforms   Frankfurt am Main, Germany, 22 July 2019 — IG Metall, the largest trade union in Europe, and the Youtubers Union, an association of online video creators, announced today a joint initiative to improve the working conditions of YouTubers who earn income, or aim to, from the videos they upload to the YouTube platform. Several thousand people in Germany alone rely… Read More 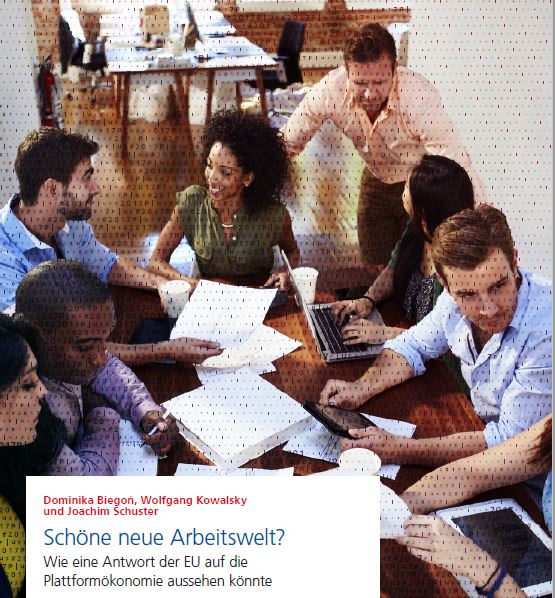 Sorry, this entry is only available in German. Read More