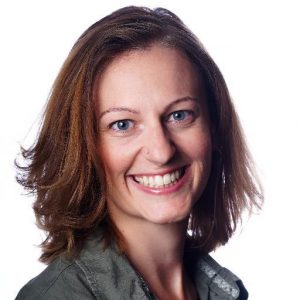 First in our series of crowdworker profiles is Rochelle. She lives in Los Angeles and on Twitter as @Rochelle. She works on Amazon Mechanical Turk as a worker and also co-owns and moderates a public forum for Mechanical Turk workers and requesters called MTurkCrowd.com.

How did you find out about Mechanical Turk?

I first heard about the platform in 2007 from a friend who went to a tech conference where Amazon was demonstrating Mechanical Turk. He told me about it later in conversation and it sounded interesting so I signed up to give it a try.

I started in July of 2007. At the time, I saw it as a good way to make extra spending money on top of what I was earning at my full time job.

What do you like about working on Mechanical Turk?

I like that I get to select my own work. The platform doesn’t assign me tasks or force me to do any tasks I don’t want to do. I can browse what’s available and choose for myself what I do and don’t work on.

What kind of work do you do on Mechanical Turk?

What kind of work is your favorite?

My favorite types of tasks are those which I can get into a groove with. These are usually large batches of tasks like online research for email addresses or tagging snippets of text by specific category. I feel most productive when I’m able to find a batch like this and work steadily through it.

What kind of work do you dislike?

I avoid tasks that require creative writing, such as writing blog posts on a specific topic. These are often very subjective since you’re never quite sure if the requester will like and approve what you’ve written. I also avoid tasks that are underpaid regardless of the type of work.

What would you like to change about working on Mechanical Turk?

Mechanical Turk doesn’t require requesters to pay a minimum amount to workers when posting tasks. They can pay as little as a penny. I wish there was a requirement for requesters to pay more fairly. Oftentimes, this is as simple as educating the requesters about the platform and explaining why paying fairly is important. Amazon doesn’t do this so it falls to workers to individually find and contact new requesters and talk to them about these issues. This is extra unpaid labor for workers. It would really help if Amazon would take on this role and provide better information and support to requesters as they’re setting up their tasks. 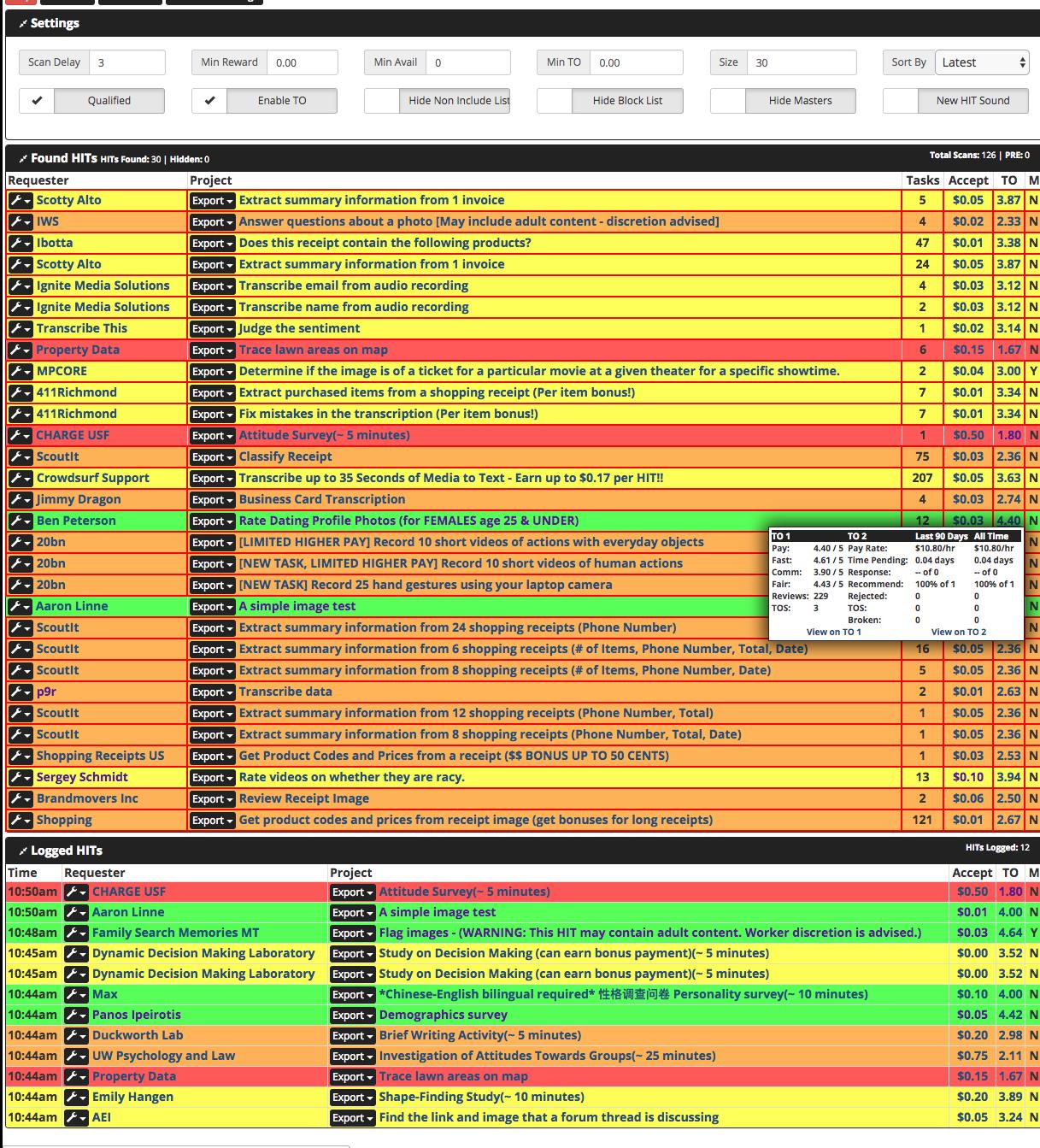 A screenshot of the HIT Finder Tool that Rochelle uses to find the best tasks currently available to workers on Mechanical Turk. This tool is part of Mturk Suite, available at mturksuite.com.

What pro tips do you have for workers who are just starting out on Mechanical Turk?

My number one tip is to join a worker forum! Even if new workers aren’t comfortable posting questions at the beginning, just reading through previous discussions and following the daily threads will give workers, both new and old, so much information about working on the platform. The peer support from worker forums is amazing and I’d highly encourage workers to take advantage of that.  MTurkCrowd.com is a good forum to start with.

Do you have any advice for people new to crowd work in general, beyond just Mechanical Turk?

I think my advice here would be to be realistic. Oftentimes we talk to new workers who have heard from news articles or friends that crowd work is quick, easy money. They get started, realize that’s not true, and get discouraged. Being successful on a crowd work platform takes a lot of time, effort, and work. There’s quite a learning curve. I’d remind new people to manage their expectations.

What do you think is the biggest issue facing crowd workers today?

One issue that stands out to me is the lack of understanding from people not in crowd work that crowd work even exists. People scroll through their social media feeds and don’t realize crowd workers have already viewed and removed offensive images from the feed. There are workers viewing, tagging, and organizing YouTube videos before you go to YouTube to watch those videos. So much of the internet runs by the labor of crowd workers who are often underpaid and almost always unrecognized. If crowd work was more visible to the everyday online user, perhaps the working conditions and pay for crowd workers would be better.

Do you think crowd workers could benefit from unions? What would you like a union to do for you?

I think crowd workers would benefit from a collective organization but it might look different from a traditional union structure because of the diffuse nature of crowd work. It would take creative efforts to contact and organize workers who are all in their own homes and offices without methods of contacting each other. I see a crowd worker union providing services much like we do on forums: explaining platform policies, answering questions, providing support, and sharing guides written by workers on specific topics. Having an organized body to approach requesters who are mistreating workers would also likely have a bigger impact than the current approach of workers contacting these requesters on their own.

Do you have advice for unionists or policy makers about how to improve crowd work?

I think some of the efforts to organize Mechanical Turk workers in the past, such as Dynamo, Turkopticon, and the efforts of workers who get together on forums has had limited success. I’d like unionists and policy makers to expand on these types of projects and support a more widespread organization of workers. I would hope these policy makers would put workers at the forefront of these conversations and seek not only worker input but worker leadership in decision making.

Is there anything else you want to share with the FairCrowdWork community?

I’d encourage anyone interested in Mechanical Turk or in crowd work in general to talk to workers! Experienced workers are your best resource for information.

Effort aims to improve fairness and transparency for video creators working on online platforms   Frankfurt am Main, Germany, 22 July 2019 — IG Metall, the largest trade union in Europe, and the Youtubers Union, an association of online video creators, announced today a joint initiative to improve the working conditions of YouTubers who earn income, or aim to, from the videos they upload to the YouTube platform. Several thousand people in Germany alone rely… Read More